IOAS are celebrating 25 years of cultivating organic trust and proud to continue to provide organic and sustainable accreditation services worldwide.

Organic standards are helping to protect our world for future generations by cutting pollutants, protecting biodiversity, building sustainable ecosystems and a sustainable and fair way of life for all. 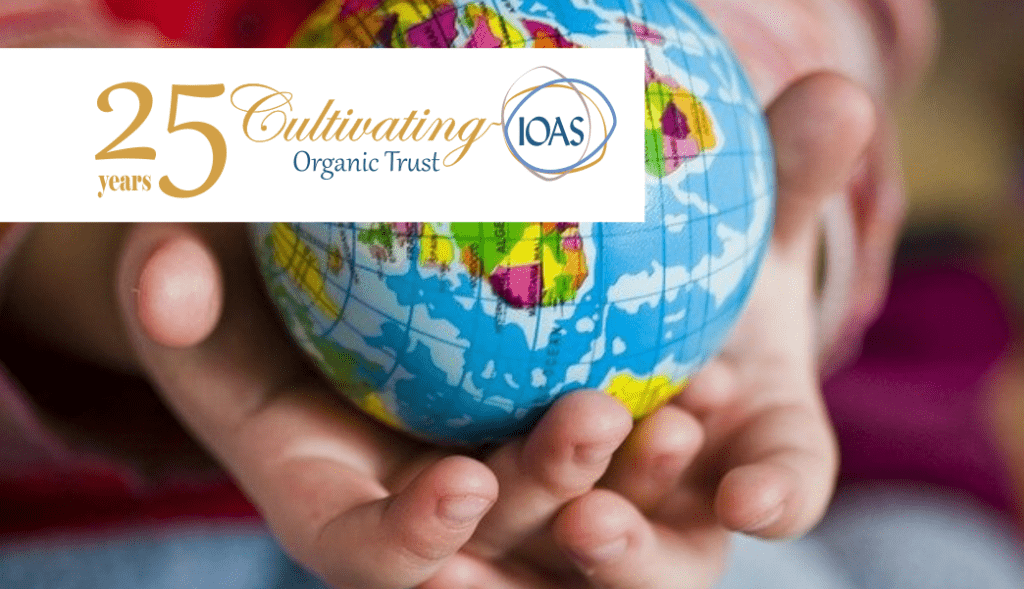 Originally established to help bring order to what could be a chaotic eco-labelled scene, we exist to help build confidence amongst producers and trust between traders by providing oversight of certification or control bodies (CBs) working in different countries. We are proud of our role as an independent, technical expert verifying the correct application of the standards with objectivity, transparency and freedom from conflicts of interest.

The first application filed was from KRAV (Sweden) in July of 1993 followed by Biokultura (Hungary), Biodinamico (Brazil), FVO (USA), NASAA (Australia), OGBA (USA), Bioagricoop (Italy) and OCIA (USA). By the end of February 1997, twelve certification bodies were accredited and 6 were applicants. 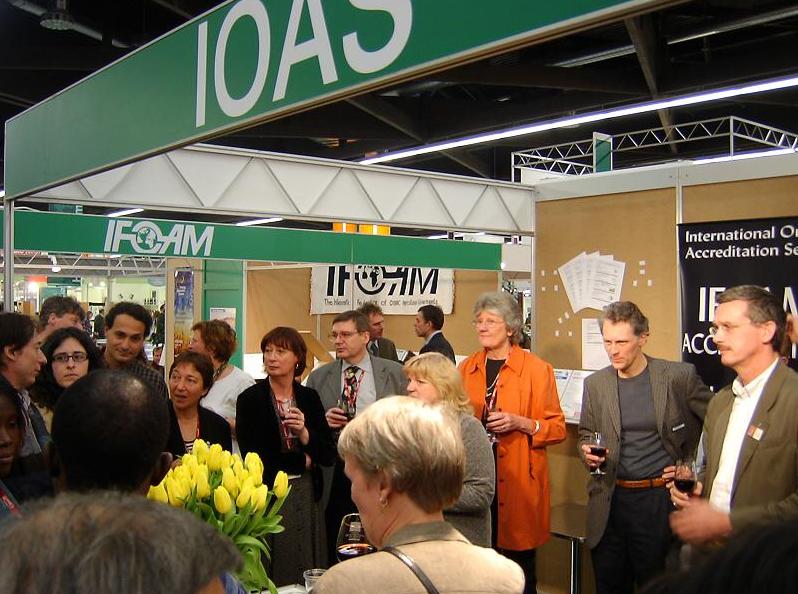 The IFOAM World Board of Directors and the IAPB had been discussing the possibility of establishing a separate legal entity to operate the IFOAM Accreditation Programme for some time. This culminated in the signing of an agreement between IFOAM and the newly formed International Organic Accreditation Service (IOAS) in March 1997. The IOAS was incorporated in the USA as a non-profit organization with IFOAM as the sole member.

This change did not cause any significant disruption to the operation of the IFOAM Accreditation Programme. The IAPB became the Board of the new company. All policies and procedures related to the IAP were adopted by the IOAS.

Major landmarks in 1998 were the establishment of an accreditation committee necessitated by the increased volume of work the IOAS was undertaking.

Over the next few years the IOAS and the IFOAM Accreditation Programme grew rapidly. The number of staff continued to increase to take care of the increase in workload and to ensure a high level of service. Staff work remotely from their homes in many different countries around the world.

The IOAS has undergone many changes over the years not least in the number and types of services it offers. The IAPB had been writing compliance reports for some EU Member States and this work was continued and extended under the IOAS. Most significantly, in January of 2003, in response to demand from certification bodies, the IOAS launched the ISO/IEC Guide 65 accreditation programme.

Since then the IOAS has increased its offerings to include accreditation against the Global Organic Textile Standard, Textile Exchange and the organic Cosmetic schemes Natrue and Cosmos.

By December of 2005, 36 certification bodies were within the programme, of which 33 were accredited and 3 were under evaluation. It also conducts evaluation work as a Conformity Verification Body recognized by the Canadian Food Inspection Agency (CFIA) and provides evaluation reports for use by the EU Commission under the equivalence option of EU Council Reg 834/2007.

In order to ensure that its work is of the highest standards and that this has not been impaired by the growth it has experienced, the IOAS has continued to subject itself to external oversight. In 2004 the IOAS was recognised as operating both the IFOAM and ISO/IEC Guide 65 Accreditation Programmes in line with ISO/IEC Guide61 by the National Institute of Standards and Technology, part of the US Department of Commerce. It is also subject to continued surveillance for compliance with ISO/IEC 17011 by the Canadian Food inspection Agency and more recently successfully completed a peer review by the Pacific Asia Co-operation (a regional Group of the International Accreditation Forum) and consequently signed the MLA for ISO/IEC 17065 accreditation.

The IOAS currently accredits approximately 80 certification bodies working in over 130 countries with over 38406 operators.