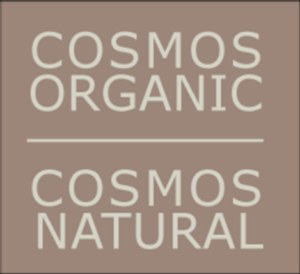 The COSMOS scheme is a voluntary accreditation for organic and natural cosmetics which was established and is operated by COSMOS-standard AISBL, an international non-profit association registered in Belgium, founded in June 2010 by a group of standards associations: BDIH (Germany), Cosmebio (France), Ecocert Greenlife (France), ICEA (Italy) and Soil Association (UK). The Association’s Bylaws can be viewed on the COSMOS-standard AISBL website.

The COSMOS Accreditation programme is open to any certification body which meets the requirements of the programme and has been pre-approved by the scheme owner. Approved certifiers sign a contract with COSMOS-standard AISBL and join the association as Associate Members. Membership of COSMOS AISBL is a prerequisite of COSMOS authorisation which in turn is a prerequisite to apply to IOAS for assessment. Forms for membership application, application for approval and the certifier contract with COSMOS can be downloaded for free from the COSMOS-standard AISBL web site.

On accreditation, certification bodies are required to conclude a contract with COSMOS-standard AISBL which includes payment of an annual fee. Contact details and approved scopes of the accredited CBs are published on the COSMOS web site.

Certification Bodies applying for approval as COSMOS-standard certifiers must:

The requirements of the scheme are available in the COSMOS Control Manual and are based on the International Requirements for Organic Certification Bodies formulated by FAO, IFOAM and UNCTAD under the auspices of the International Task Force on Harmonisation and Equivalence in Organic Agriculture. Once authorised by COSMOS, the certification body must implement inspection/certification of products according to the COSMOS-standard without additional requirements, and/or existing own standards must be fully in accordance with the COSMOS-standard.

Operators can be certified under the following categories:

Fees for IOAS accreditation against the COSMOS scheme are presented in the standard IOAS fee schedule.

All standards and certification requirements are available at the web site of the COSMOS.