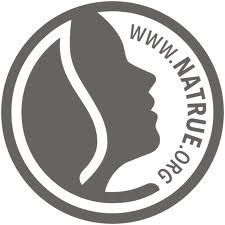 NATRUE AISBL (an international non-profit association) based in Brussels is The International Natural and Organic Cosmetics Association, whose objective is to ensure the availability of quality natural and organic cosmetic products for consumers worldwide. NATRUE has identified two main areas of activity to reach this objective:

Initially NATRUE labelled products were certified by certification bodies approved by NATRUE. From October 2013, NATRUE have launched a formal and independent accreditation scheme to provide even greater assurance to the NATRUE label. More information on NATRUE is available on the NATRUE website.

The NATRUE Accreditation programme is open to any certification body which meets the requirements of the programme and which has first applied to and been accepted by the scheme owner.  Accredited certifiers sign a contract with NATRUE (Commitment Declaration) and agree with all the specified provisions. Forms for application and the ‘Commitment Declaration’ can be downloaded for free from the NATRUE web site certifier application page.

As defined in the latest version of the NATRUE Requirements the NATRUE scheme recognises the following sectors of activity:

The requirements against which a certification body is assessed are the ‘NATRUE Requirements for Certification Bodies’ which can be downloaded from the manufacturers document section of the NATRUE web site.

The certifier is obliged to apply the ‘NATRUE Label: requirements to be met by natural and organic cosmetics’ which are also available on the NATRUE website.

The IOAS NATRUE Operating Manual provides full guidance on implementation of this scheme.

Fees for IOAS accreditation against the NATRUE scheme are presented in the standard IOAS fee schedule.

All standards and certification requirements are available on NATRUE’s website.